Skip to content
Immersion in the aquatic world of Australia

Immersion in the aquatic world of Australia 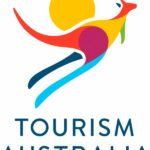 Following a study showing that coastal experiences were of real interest to young travellers wishing to travel to Australia, Tourism Australia wanted to communicate on this theme on the French market.

Article Onze Tourisme supported Tourism Australia in launching an innovative digital communication campaign to attract more young people between the ages of 18 and 30 to Australia and to raise their awareness of the aquatic and coastal activities to experience while travelling in Australia.

In order to engage young French people around attractive content, Article Onze has created and deployed a digital strategy, based on the use of 360° videos. For an immersion in the heart of the most beautiful experiences offered by the Australian coast, a series of sponsored videos and photos were posted on Facebook. This was also coupled with native advertising to invite visitors to test this 360° experience.

A fun contest has been implemented to attract more traffic to the dedicated campaign page and a tour operator has joined the initiative to increase the conversion rate, by offering special offers on the site based on the suggested experiences.

An innovative campaign for successful results :

participants to the contest

increase in the turnover of the tour operator partner

The use of 360° videos was a great opportunity to engage in conversation with the 18-30 year old audience around the aquatic theme. The feedback from the community was incredible: they loved the experience!”