Following the introduction of the new TGV Air offer, the airline Air Transat wanted to communicate on this new product on the French market.
The problem was to communicate on this particular service and to show the simplicity of an Air TGV booking that allows you to combine a TGV trip from 18 French cities and from Brussels to Paris with an Air Transat flight to Canada.

Article Onze Digital has recommended that Air Transat partners with one of the most influential travel bloggers to create a viral campaign.
In order to engage travellers around attractive content, Article Onze has developed a digital strategy, based on the influencer’s personality and the influencer’s creation of video content and social networks.
The digital channels used for this operation are Facebook, Instagram, Youtube, Twitter and Linkedin. 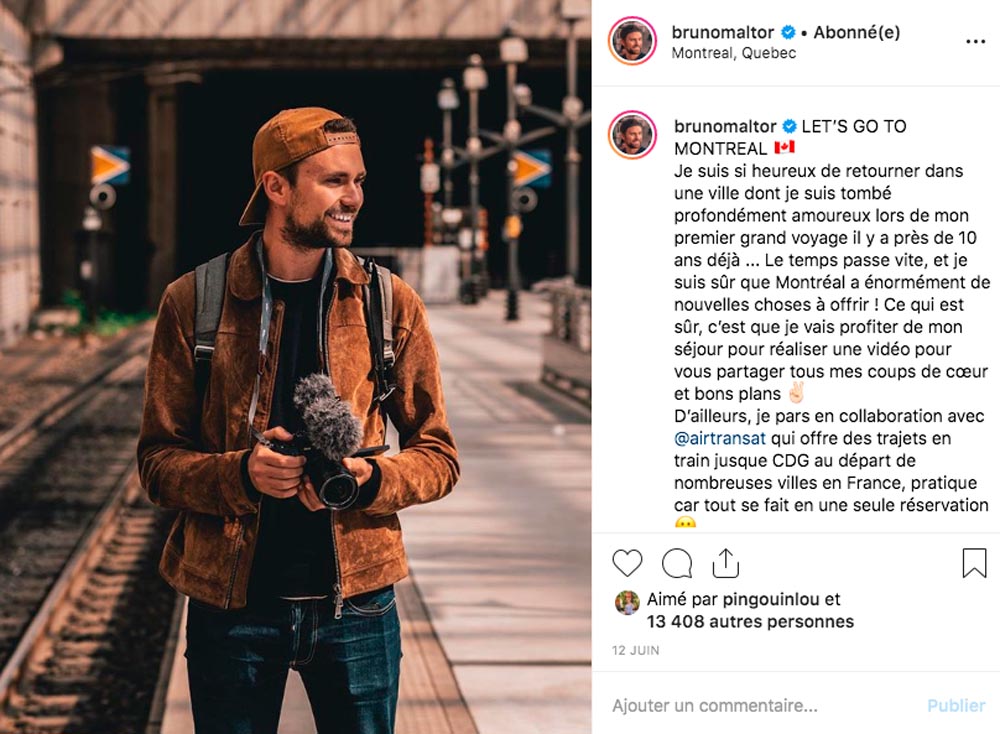 A campaign with a very strong community involvement:

views of the video

The project as seen by the team

The campaign was a real success. We have exceeded our initial objectives, particularly in terms of visibility and virality. The community was well suited to the airline’s target and therefore reacted strongly on social networks to the proposed content.